OxySafe™ is a thermal fuse designed to stop the flow of gas in the event that the downstream cannula or supply tube is ignited, and will meet VA, ISO and other regulatory requirements.  With OxySafe™, the PVC tube is inclined to extinguish because PVC will not normally burn in air—offering healthcare providers a cost effective solution to lower the risk of serious patient injury in a dangerous oxygen fire.

Where do I use OxySafe?

This means that, ideally, you would outfit a patient with 2 OxySafes. This way you can protect the patient and others by protecting the oxygen source from fire. 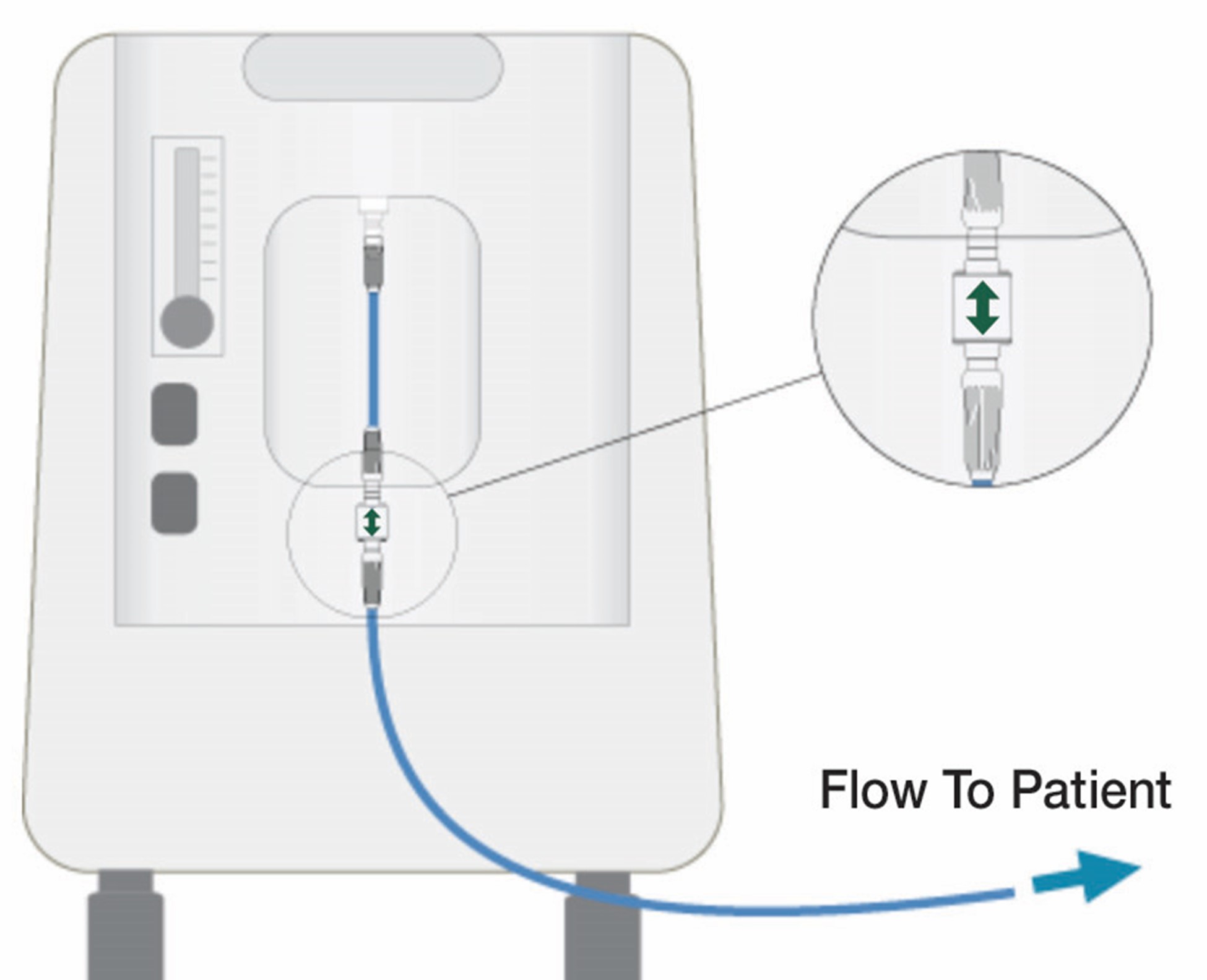 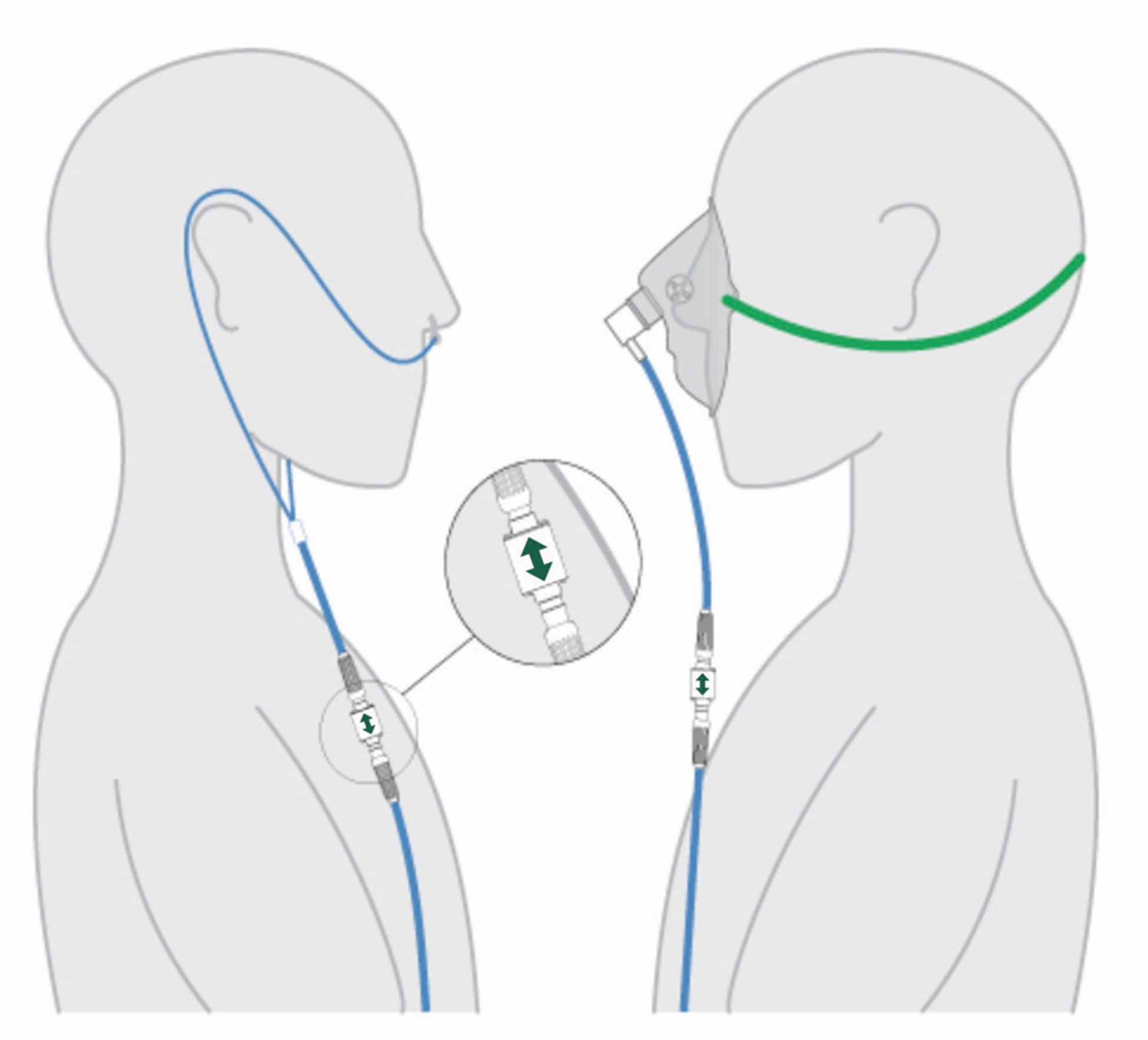 If you only put OxySafe in the middle of the circuit (say in between two 7 foot supply tubes) you may not protect the source, and you run the risk of the fire spreading regardless of the OxySafe extinguishing the cannula tubing- as the burning tube can cause other things to catch on fire.

Additionally, you should place an OxySafe at the source of oxygen, either the regulator or concentrator. The best way to do this is to use OxySafe's special 2" connecting tubing, not a long supply tubing.

How long can I use OxySafe?

OxySafe has a lifespan of 4 years. Typically, providers choose to replace them more frequently, sometimes as often as they change the cannula. You should not attempt to wash the OxySafe and transfer it to another patient after it has been used.

Can OxySafe Be Transferred Between Patients?

No, OxySafe is intended for Single Patient Use, and should not be transferred between patients. Each patient should have thier own OxySafe devices.

How do I clean OxySafe?

Clean the exterior surfaces of the OxySafe using an alcohol or disinfectant wipe. Do not immerse the device in any fluid or allow fluid to enter through the hose barb connections during the cleaning process.

Can I re-use OxySafe after it has been actuated?

No. OxySafe cannot be reset should be discarded once it has been actuated.

Can I use OxySafe with a Conserver?

Does OxySafe make it safe to smoke? Will it encourage patient to smoke while using oxygen?

It is never safe to smoke while around or using oxygen. There is no device that would ever make it safe due to the inherent nature of oxygen. OxySafe doesnt prevent a fire occuring, but helps prevents negative consequences of a fire by stopping it before it reaches the patient or oxygen source.

An OxySafe is just like a seat belt. A seat belt doesn't prevent a car crash, and doesn't cause people to intentionally crash their cars.

Can OxySafe be used with Humidifiers?

Yes. OxySafe may be used with a humidifier.

What happens when water enters the device?

Water entering the device does not effect performance, i.e. Pooling of water will not cause the unit to rust or detiorate.

Can OxySafe be used with CPAP/BiPAP?

What are the device specficiations?

Is it true there is a new ISO standard 8359 that requires oxygen safety devices on all oxygen concentrators and at the point of the patient?

Yes, the International Standards Organization (ISO) has a standard  that would require oxygen safety devices on all oxygen concentrators and at the point of the patient. This is ISO 8359:1996 FDAM 1.

Why did the ISO develop standard 8359 to require oxygen safety devices on oxygen concentrators?

The home respiratory industry has long recognized the incidents of oxygen cannula fires which cause fatalities and serious injuries worldwide. The ISO is taking action by developing a standard requirement for oxygen concentrators to have an oxygen safety device that will help prevent fatalities and injuries from oxygen enriched fires.

ISO copyrighted the standard, so you will have to purchase a copy from their store.

How will an oxygen safety device in the cannula or concentraotr prevent fatalities and injuries?

The safety device would work much like our OxySafe oxygen safety device by positively shutting off the gas flow which extinguishes the fire.

Should we start to comply with the new ISO standard now by adding an oxygen safety device to all our oxygen concentrators and will our accreditation agency require this soon?

The ISO standard is not required in the US currently, however many oxygen providers including several VA regions already require an oxygen safety device like OxySafe on the concentrator or in the breathing circuit.

We are conducting a short survey among senior decision makers in HMEs to gain a better understanding of home oxygen safety. By taking part, you'll be helping make patients safer, and in return for your support we'll give you exclusive access to the key findings.